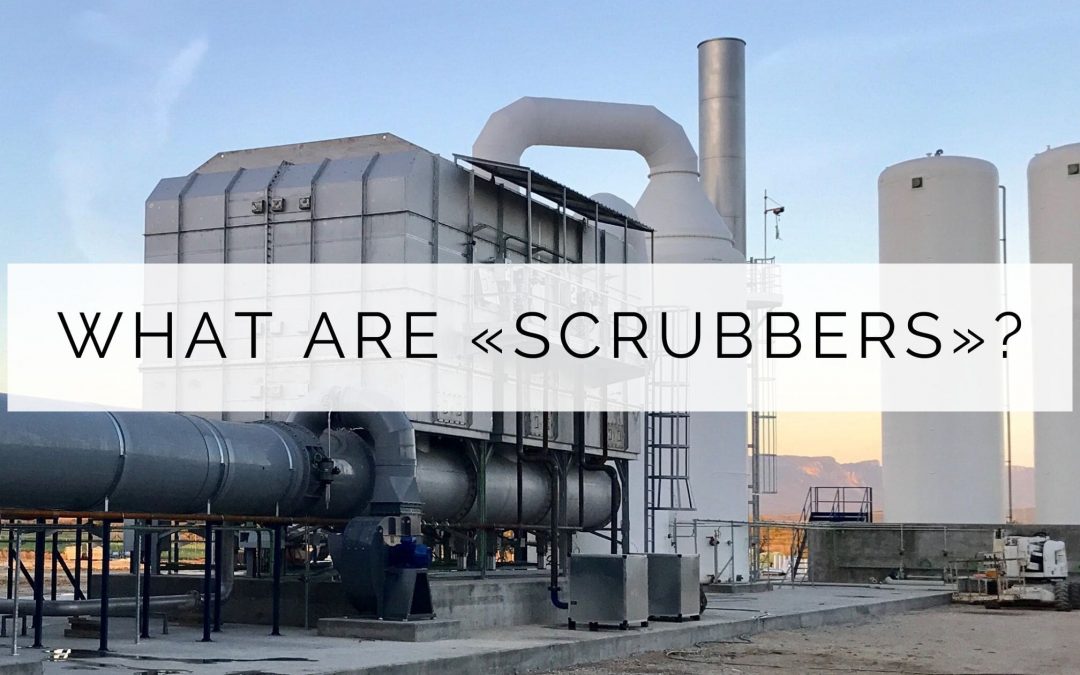 A study carried out by Transport & Environment states that the pollution generated by cruise ships docking in the most important ports of the country pollute five times more than all the vehicles circulating in the peninsula. That is why today we will talk about what “scrubbers” are.

The amount of emissions they emit is due to the poor quality of the fuel these ships use, the large size of their engines and the long periods they spend in port.

However, the maritime sector is undergoing a reconversion to reduce environmental pollution. Scrubbers play a fundamental role in this arduous task.

These are atmospheric emission cleaning systems in the form of a cylindrical tank. They capture gases such as sulfur emitted by ships and neutralize the polluting components by means of a liquid. This liquid can be water, a chemical reagent or a mixture of both. The result of mixing a liquid with gas is that pollutant molecules are separated.

These “scrubbers” are currently on the rise because the International Maritime Organization (IMO) has established that sulfur emissions from ships will be limited by 2020. These reductions can be achieved in two ways: either by decontaminating traditional fuels or by switching to other less polluting fuels.

The goals imposed by Europe to decarbonize rail and maritime transport by 2050 have put the maritime industry to work to improve its emissions figures, affecting both suppliers and customers.

Discover more news about the maritime world in our blog and find out who we are.